More and more anti aging research is becoming available. There are new anti aging discoveries published regularly. Here is some of the latest research and what it means to you. 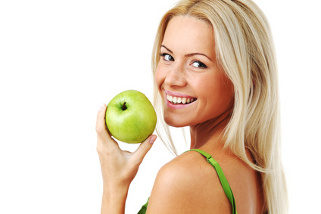 Research published in the American Journal of Cardiology shows that adequate vitamin D levels may reduce the risk of cardiovascular disease and diabetes and increase survival for older people.

The anti aging research indicated that 1000 - 2000 IUs of vitamin D was associated with these benefits.

In addition, people with a vitamin D deficiency had a 164% risk of death.

Those subjects taking vitamin D supplements had a 61% increase in survival in the study.

How To Have A Healthy Brain

Read about the latest research on the healthy brain and why it's important to your overall health. It's easier than you think to ensure a healthy brain!

Research on Telomeres has some of the most exciting potential in anti aging.

Another exciting field of science is Epigenetics.

Learn more about anti aging research in the field of Epigenetics.

Anthocyanins are flavonoids that give berries and wine their beautiful colors. Recently, a Harvard study was submitted to the American Academy of Neurology that followed the diets of 130,000 adults over 20 years.

The people studied who ate the most foods rich in flavenoids such as apples, berries, tea, red wine and oranges were less likely to develop Parkinson's disease. Anthocyanins in particular were found to prevent Parkinson's disease in both men and women.

Getting That Golden Glow

Alpha-carotene is a potent antioxidant found in orange, red, yellow and green fruits and vegetables. A 14 year study from the Centers for Disease Control and Prevention followed 15,0000 Americans and found that people with higher alpha-carotene blood levels lived longer and were up to 39% less likely to die from diseases including cardiovascular disease and cancer.

There have been many studies showing the health benefits of the Mediterranean Diet.

Learn more about anti aging research and recent studies on the benefits of the Mediterranean Diet.

Scientists from the University of California have published the results of a study in the Journal of Alzheimer's Disease that show how vitmain D3 and curcumin help to prevent Alzheimer's disease.

These two natural substances stimulate the immune system to activate genes that are involved in clearing the deadly protein tangles (called amyloid-beta protein) from the brain.

Type 1 and type 2 macrophages are immune cells that must work together to remove the amyloid-beta protein tangles from the brain before they become deadly.

Dosages of 5,000 - 7,000 IUs of vitamin D3 and supplementation of 300 - 500 mg per day of standardized to 95 percent total curcuminoids are believed to help clear brain plaque and prevent Alzheimer's disease.